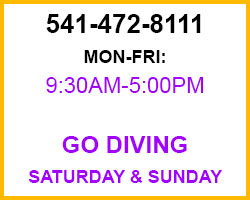 All it took was watching the tail fins of fish – except that we couldn't keep up with them because our traditional fins took too much effort. Using hard kicking paddle fins can result in leg strain, fatigue

and cramping. Because of the kick resistance of a paddle fin, divers often “felt” like they were

stress and strain of the kick results in greater sustained speed, power and comfort. Independent